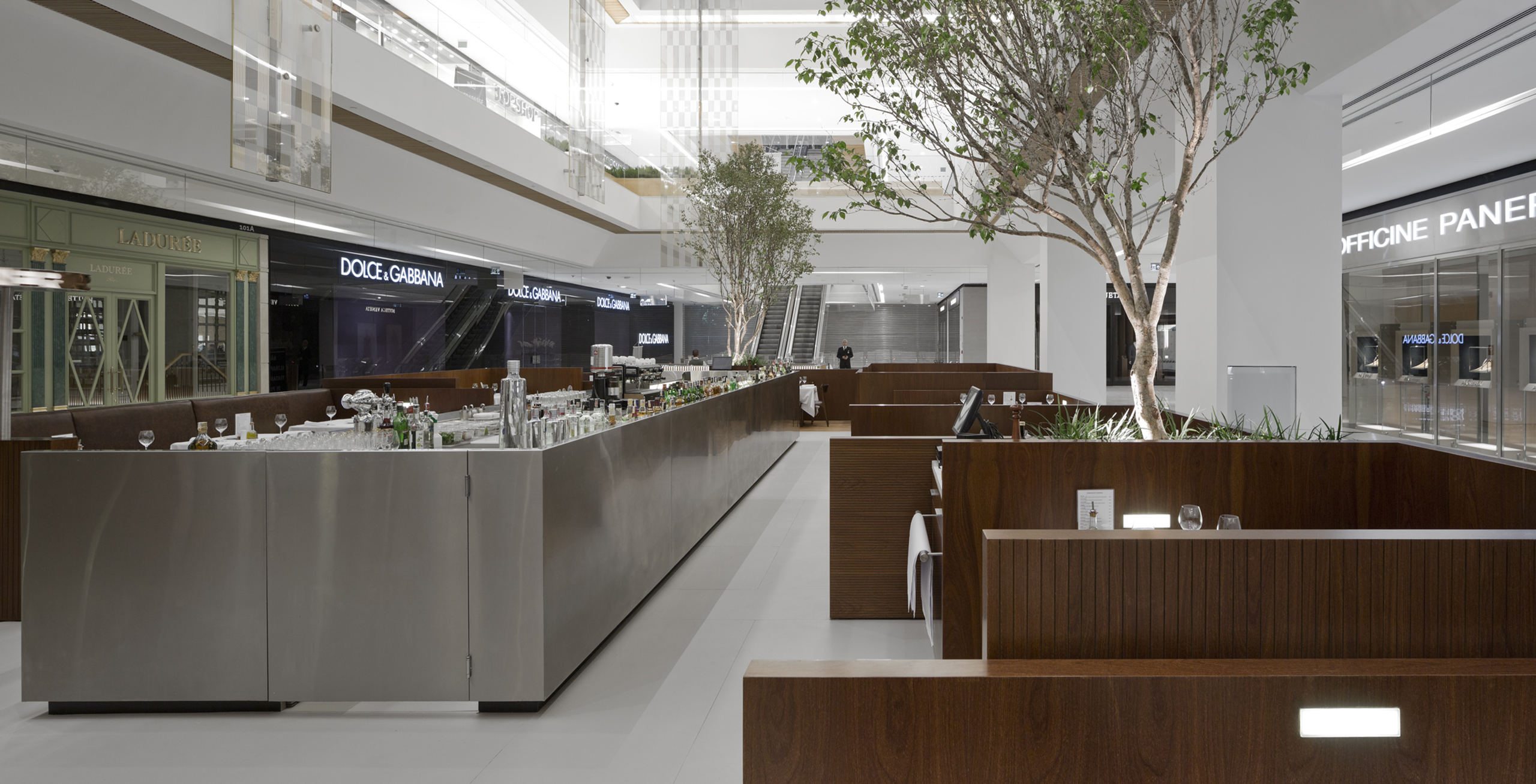 Forneria San Paolo’s fourth unit, located at Shopping JK, has the same identity as the main restaurant on Rua Amauri, also in São Paulo, yet builds its personality through unique surprises: repeating to underscore the details that deserve highlighting to reaffirm the brand concept, without tiring or dulling with formulas and repetitions.
To grant a little privacy to this branch of the restaurant a 227 m2 ground-level island in the large atrium of a profusely lit shopping mall – a system of 17 wooden boxes open at the top and inward sides was created, which may accommodate from one to three tables each, and are organized according to another, longer stainless steel open box, intended to house the bar.
The boxes mark the area of the restaurant in this large area of public traffic. Raised from the floor, they project squares and rectangles of different dimensions on the floor plan. The height of the side walls – at times textured with horizontal groves, at other times vertical – was carefully calculated so that the seated patrons may see the traffic in the atrium without feeling trapped, and so that the passersby visually take in the whole ensemble of the restaurant, without over-intruding on the patrons’ privacy. Between the boxes characterized as partitions, three other boxes were strategically placed, with the same language, but serving as planters, each with a small-sized tree.
The dark chestnut wood used to build the boxes, the same type used in the wood-paneling of the other two restaurants of the group, as well as the planters with trees, a reference to the relationship established in the other units with landscaped open gardens, identify Forneria San Paolo to its patrons as well as differentiate the restaurant from the other stores in the shopping mall it is located.