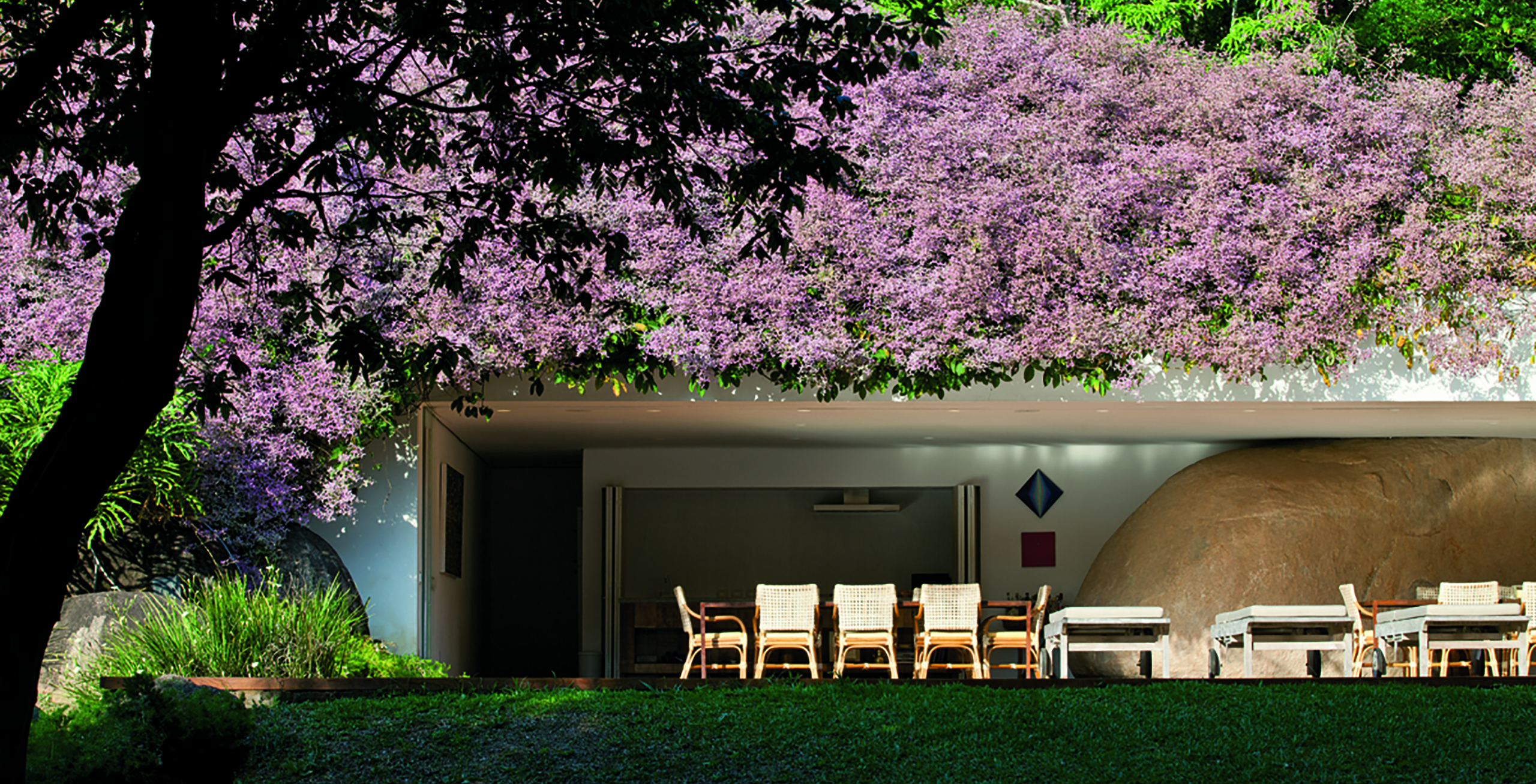 The project for Fazenda Tres Pedras was for us a very peculiar assignment as it implied interfering in 19th-century buildings of historical relevancy.
Located in a property ca. 25ha in size, the main house, built in 1871, and its surrounding constructions for slaves’, caretaker’s lodging and storage were all to be adapted to modern or new uses under rigorous observation of heritage-protection laws.
Despite some previous remodels carried out over the years, the house lacked very basic facilities – such as sanitary ones – and did not suit the client’s needs as a place to gather family and friends over the weekend or, eventually, to live in after retirement.
The biggest challenge was, of course, to make it fit for “modern living” with the least of interventions – least but not “invisible” as in order to respect the historicity of the building it was imperative to honestly and distinctively show old from new, and to avoid mimesis and blending by all means.
Solution came with the creation of boxlike containers to accommodate the new demands: bathrooms and closets in copper-covered boxes; stairs in a leather-covered case. Built independent of the existing structure and standing much lower than the ceiling of the house, these receptacles allow for a clear and fair perception of the original construction.
Also made suitable to hold modern comforts were the once caretakers’ domicile – turned into a fitness room; the former slaves’ lodge – turned into guest rooms; and the old deposit, converted into a small chapel.
Aside, by the woods, a leisure pavilion and a swimming pool were built, simple and discreet not to compete with the splendid colonial architecture of those pre-existing constructions.