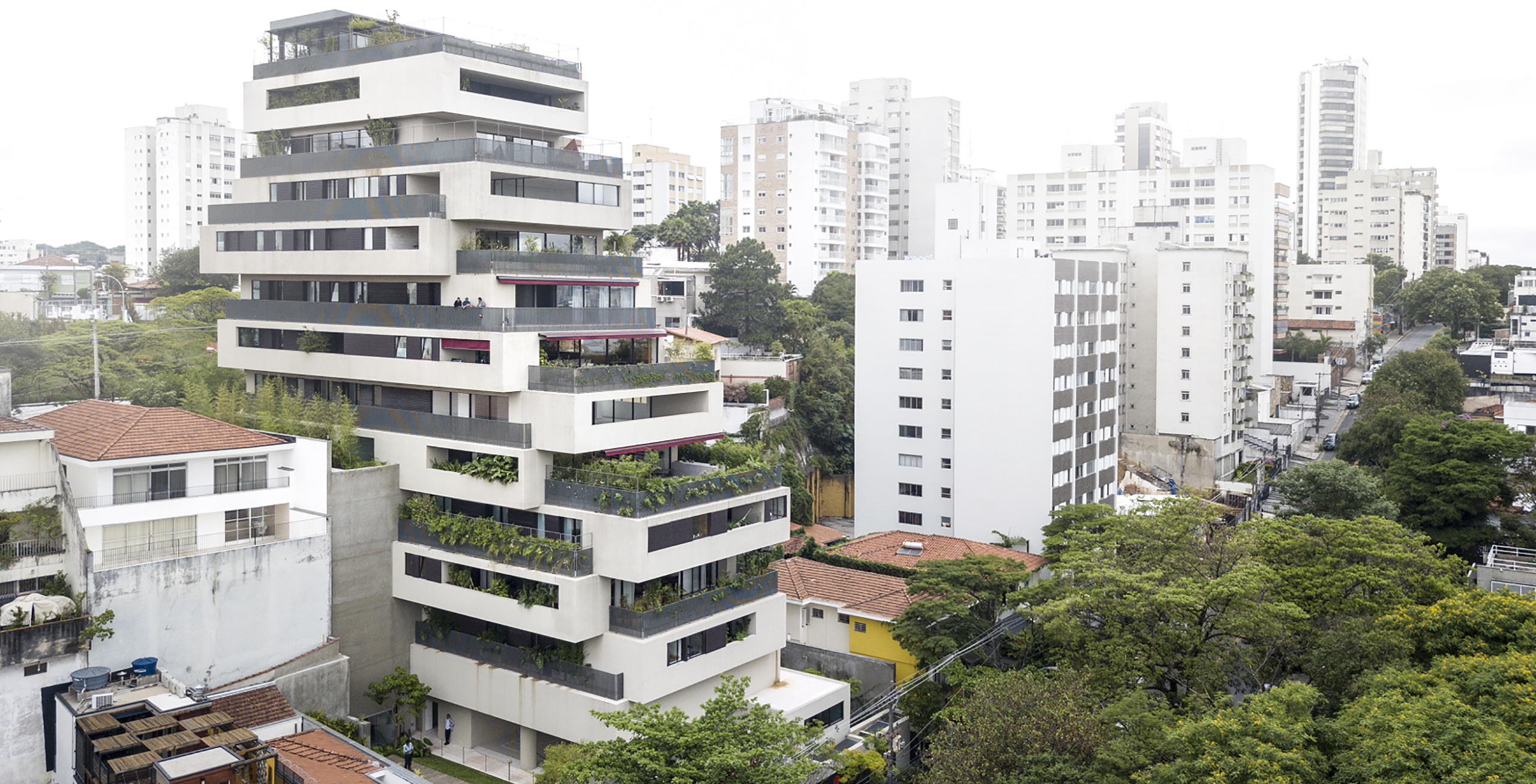 Located at the edge of Vila Madalena, a young, alternative and bohemian neighborhood experiencing lively transformation, the lot Girassol Building is set in boasts some privileged features our project strived to maximize – it lies between two streets with nearly 19-meter displacement in-between and, across the lower one, where the terrain continues sloping downwards, there is a series of squares in row and expanding in size allowing for an amazing view, green and unimpeded, overlooking the west side of the city of São Paulo.
As to establish a better relationship between the building and its neighbors, and locate it more harmoniously within the area topography, we decided to organize the levels in cascading fashion following the existing contour of the terrain, and have the landscape to “invade” the building from the square on the lower street and ascend to the top. This way, inasmuch as a resident will feel the continuity of the greenery and the city in the view from one’s apartment, the pedestrian will perceive just the same in the opposite direction.
From an aligned and common-to-all-levels structural framework, each storey is organized unevenly one on top of the other, resulting in several configurations of floor plans and layouts – different options for different families.
We decided to adopt the ground level to the building – for the entrance of residents and visitors -, at the higher end of the lot, on the calmer and more pleasant Senador Cesar Lacerda Vergueiro Street. Above that level, there are 5 floors with one apartment each, approximately 420 m² in size, followed by a triplex penthouse 800 m² large. From the ground level downwards, there are two duplexes approximately 520 m² each facing the lower street – given the sharp incline of the lot, these units still open views over the treetops. Below yet, there are two amenities levels featuring a gym, a sports court, a sauna, a swimming pool and locker rooms and, on the lowermost floor, at the level of Girassol Street – where traffic and circulation are more intense -, there is a 150 m² retail space (for rental) with private parking.