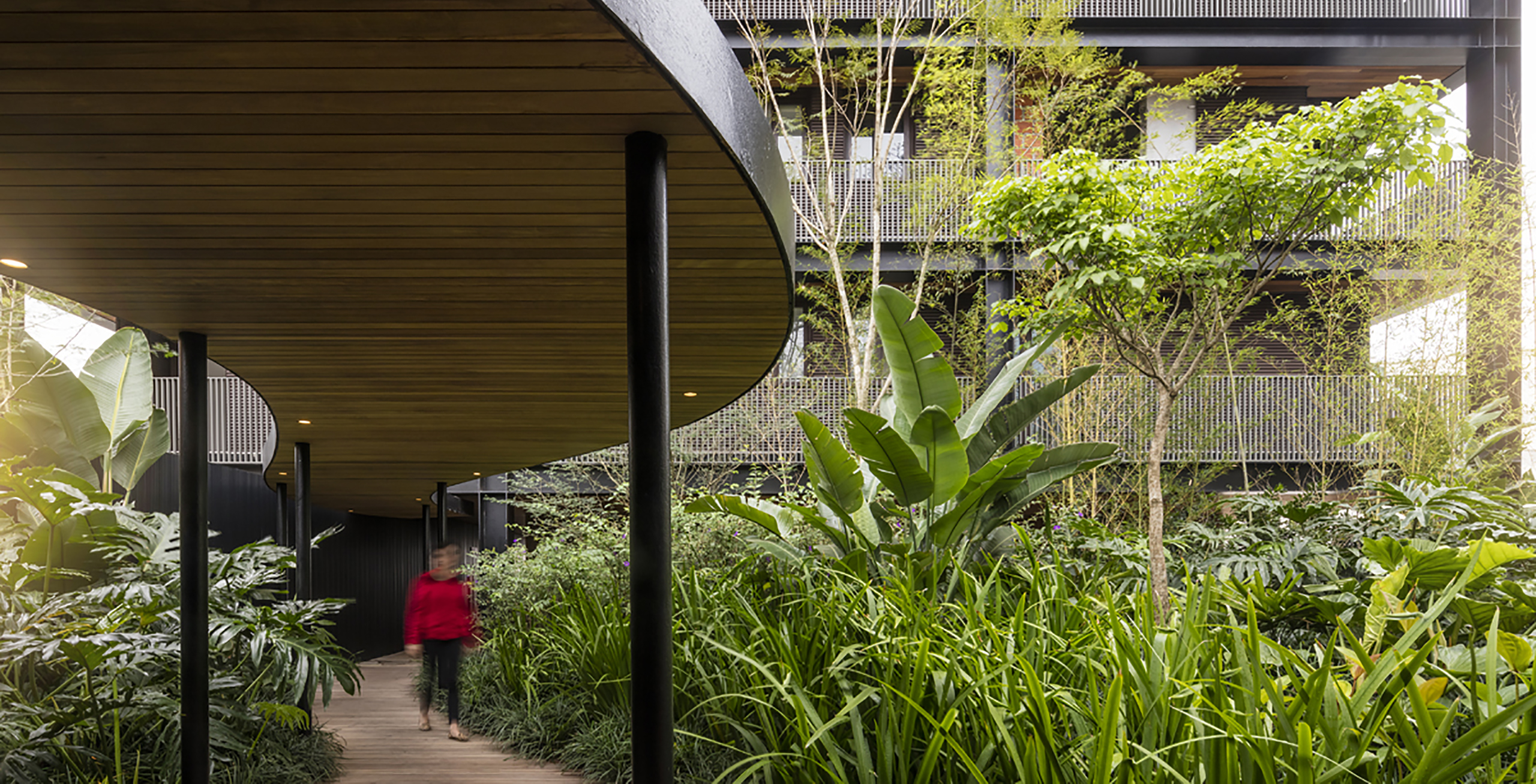 Edifício Oito is set on a sloping plot in Vila Madalena, facing two streets, and with a 15-meter rise between both ends.
A small square sits across from the building, and further away a series of low-rise houses extends down the sloping contour to Pinheiros River.
Given the personality of the plot and the city’s building code, we chose to set the ground level of the building (its main access) on the higher end, erecting eight levels above it, and another five levels below.
The contour allowed the levels beneath the ground floor, albeit semi-buried, to always feature three façades open to the views.
From the street, a marquee leads to the main lobby of the building that, set 20 meters above the lower end of the land, offers sweeping views of the surroundings.
The building itself consists of a metal frame, made of a modulated orthogonal mesh. A central axis assembles the vertical circulation (staircases and lifts), leaving all surrounding space free. In the apartment units above street level, any of the three alternative layouts has the living and dining room facing West, overlooking the square, sleeping quarters to the East, to a quieter street (less traffic), and the service areas to the North, to the building’s side setback. In the basement duplex, the difference is that both social areas and bedrooms enjoy views to the square.
On all levels, a full perimeter balcony provides all rooms with a small out-of-doors expansion. Not only that; it also removes all enclosed areas from the façade, whether transparent (as the social areas) or solid (bedrooms and service rooms).