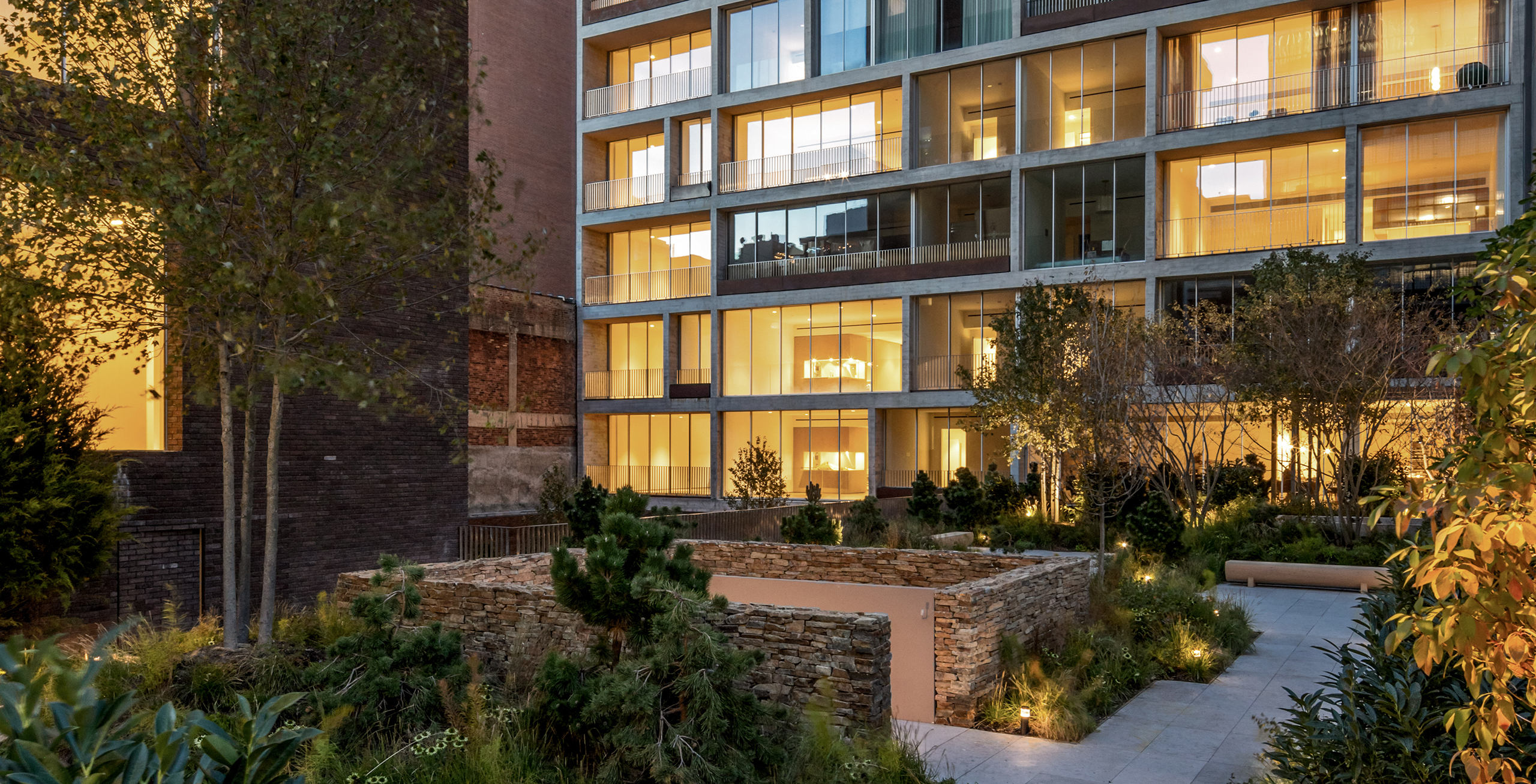 Jardim is a mixed-use development combining residential and commercial units on a plot with exceptional characteristics in West Chelsea, a few steps from the High Line.
The layout of the plot, facing both 27th St and 28th St, made it possible to distribute the program very efficiently, according to the different uses – while the commercial spaces, featuring ample windows, open directly onto the street, access to the residential units is independent and guarded from the traffic of people and cars, through a passageway that crosses the plot alongside its lateral delimitation.
Halfway through this brick-clad, tunnel-like passageway, the lobby/front desk of the residential towers reveals itself behind wooden latticework screens: an ample, soft lit space whose backdrop is a lush garden, and features at opposite ends the entry halls to the towers.
As to leverage natural sunlight, the residential units (of various sizes and layouts, ranging from 1 to 4 bedrooms) were distributed in two distinct towers (South and North), aligned with 27th and 28th streets, respectively, leaving a large outdoor living area in-between.
As such, while the North Tower (comprising 29 units) takes up the whole frontline of the plot along 28th St, with no setback, the narrower South Tower (featuring 7 units) on 27th St, has a setback to the adjacent building as to ensure ample sunlight and ventilation in the gardens between the towers, as well as on the façades overlooking them.
The apartment units open onto the gardens and the surrounding views through large floor-to-ceiling windows and generous balconies, as if extending toward the greenery and the city.
The amenities in the complex – swimming pool, gym and spa – serve exclusively the residential units and, despite located underground, have plenty of natural lighting thank the skylights dotting the lobby gardens above.
If, on the one hand, the choice of materials such as exposed brick and concrete for the façades – so commonly seen in the buildings of the city – ensures a harmonious integration with the surroundings, the volumes per se, with simple lines and large glass panes, impart remarkable contemporaneity and understated elegance to the complex.