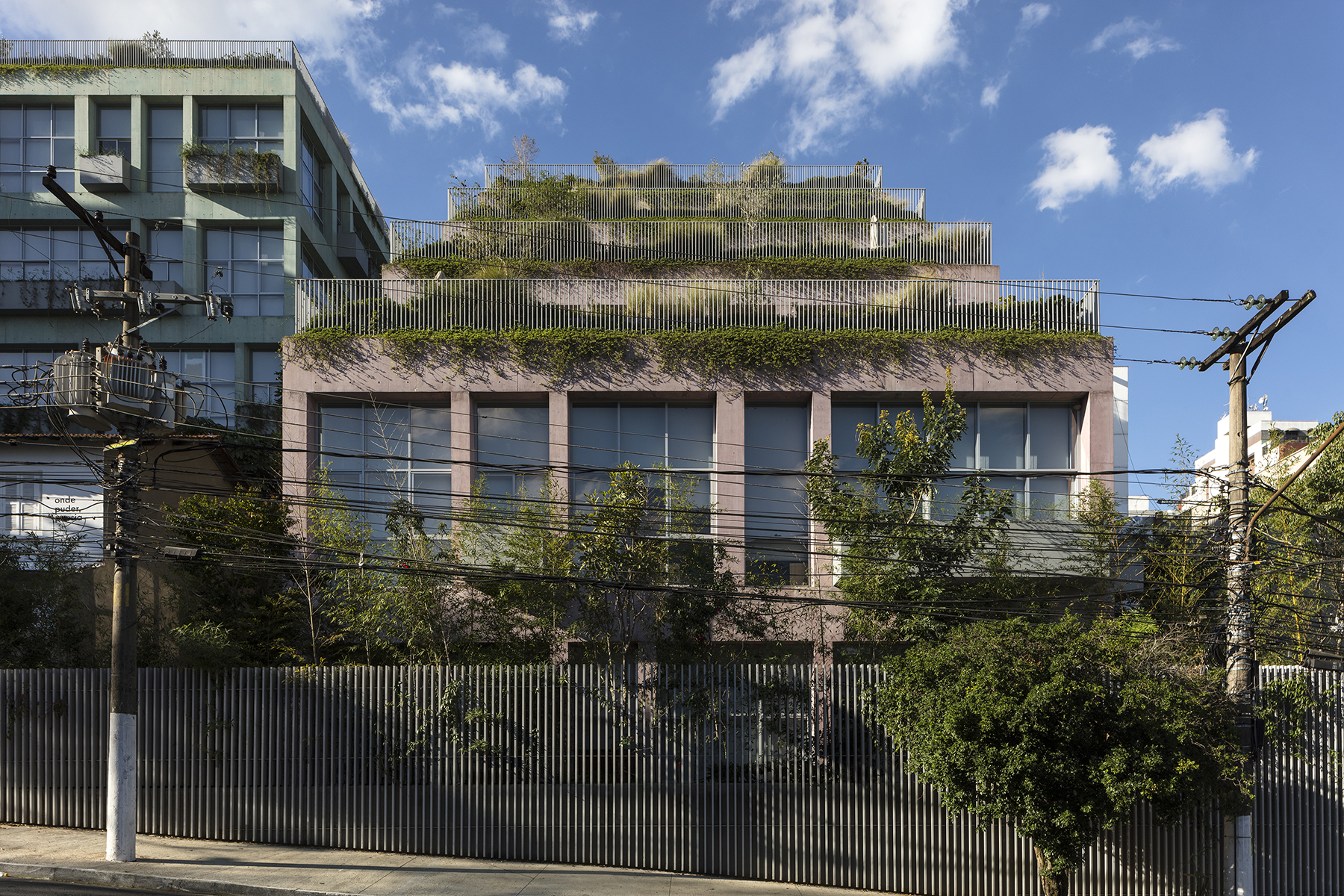 Girassol 555 is a mixed-use complex combining office spaces, a café and a theater in a development set in the heart of Vila Madalena, in São Paulo’s West Side.
Two characteristics of the plot – its steep topography, and its irregular contour resulting from the combination of several smaller plots – were determining factors in establishing the premise for the project: 3 independent volumes, each on one “stretch” of the plot, making room in-between for gardens and living areas. Such choice also ensured that all units would benefit from ample natural lighting, and afforded interesting visual connections between the towers and their surroundings while, mostly, prevented the construction of an overly bulky volume, which would interfere excessively in the neighborhood scale.
Access to the complex is on Girassol street through the blue tower – standing on pilotis, it allows for the wide, unimpeded ground level to function as a welcoming plaza. Accessible to passers-by, in addition to building tenants, this transitioning area between the street and the offices features a café and a spacious lounge, also serving as access and foyer to the theater, one level below.
Access control to the offices – reception and turnstiles –, shared by all three towers, is located under the same stilted plaza, a little beyond the living area.
The buildings, of different proportions, house 64 units in total, ranging from 111 to 850 sqm, which may be freely combined.
The structural frame, in pigmented concrete – blue, green or pink – is the strongest identity element in the complex, also highlighted by the modulation that lends rhythm to the façades and is common to all three towers.