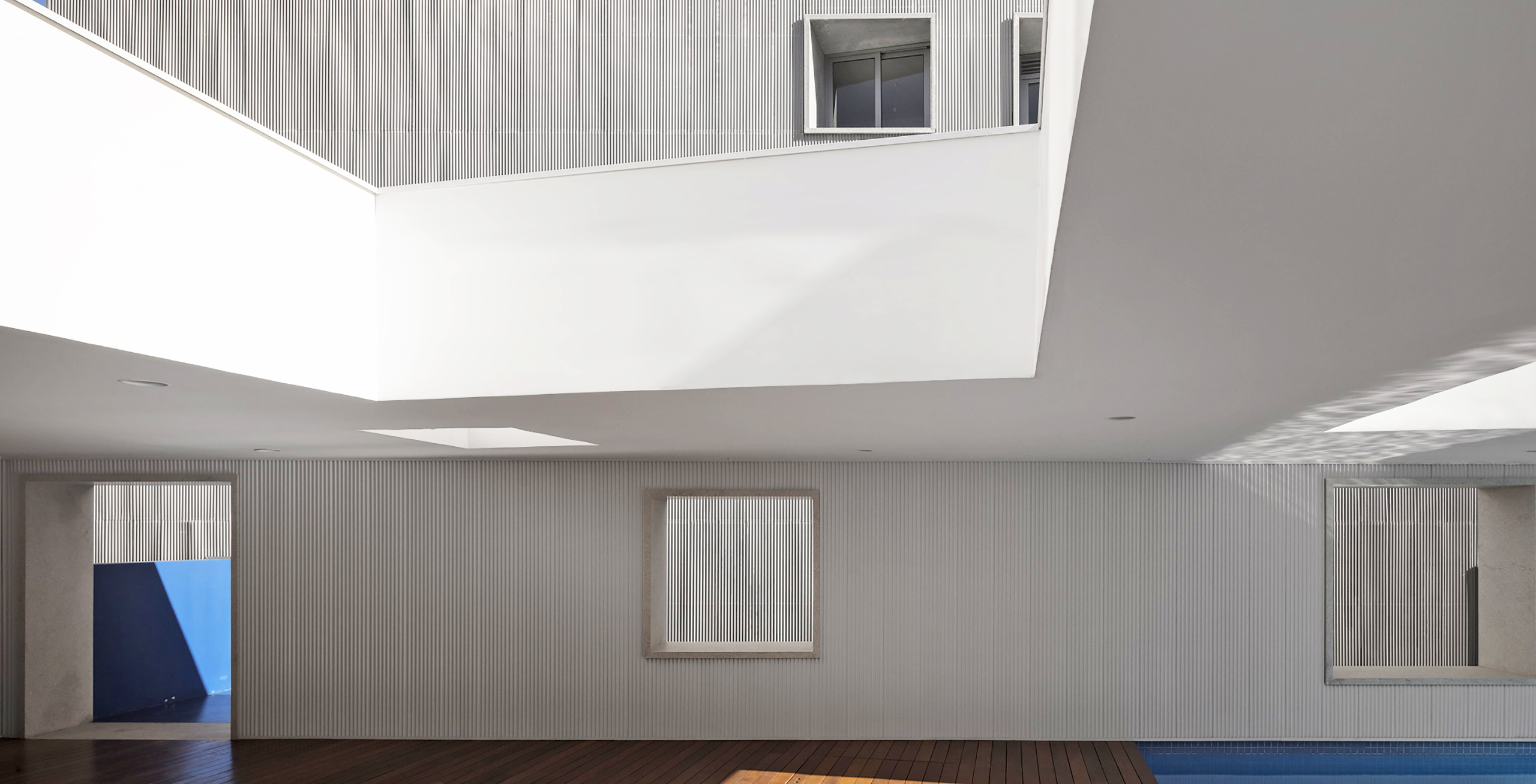 Azul Building is set on a plot with irregular contours between Simpatia and Medeiros de Albuquerque streets, which also slopes a height equivalent to four floors.
The body of the building itself is set at the lower and wider end of the plot and is connected to the main access on the upper end – on Simpatia Street – by a suspended walkway over the vehicle ramp.
The building comprises three connected volumes – two towers of equal height, intersected by the walkway, and a lower volume.
On the blueprint, this organization results in a typical floor with two units per story, one in each tower. The third and lower volume, attached, houses the swimming pool on the ground floor, and parking and stores on the lower levels.
The stores feature double-height ceilings and open completely onto the sidewalk on Medeiros de Albuquerque street, which widens to accommodate a few parking spaces interspersed by small gardens.
Each volume in the ensemble has a different color: the higher volumes, black and gray, and the lower, white. All elements on the façades, such as railings and casings, bear the color of their respective volume, except for the balconies, clad in wood.
The walkway, a key element in the project for its importance as access, stands out for its color blue. Similarly, the vertical connections between the volumes are blue.