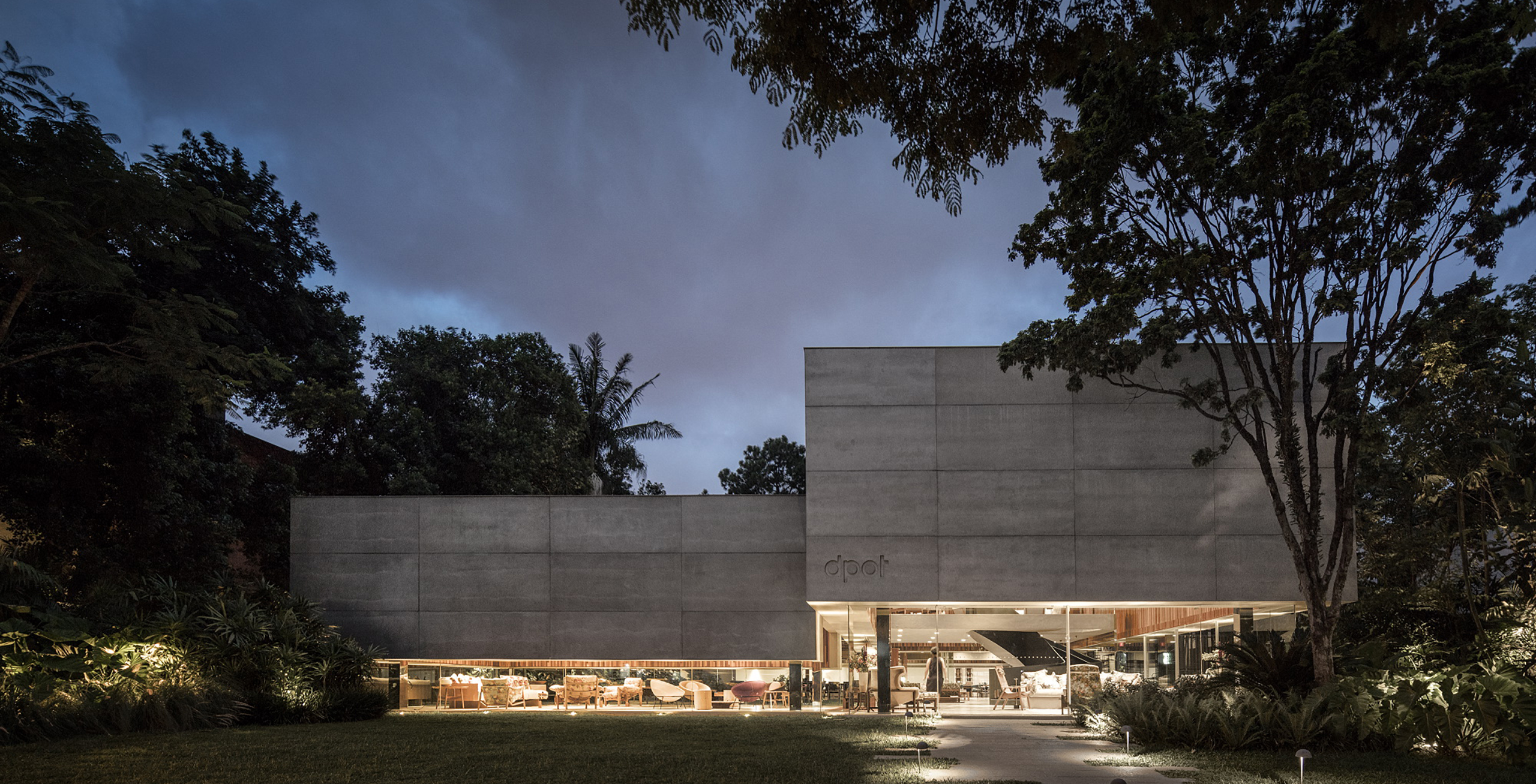 Dpot was built on a 1,500-m² plot in São Paulo, where there had previously been a home surrounded by a large garden. Upon studying the Soil Usage and Occupation laws in force, we realized factors such as usage index, mandatory setbacks, etc., would be very different (and unfavorable) in the case of a new building, following demolition of the existing. Thus, ensuring the same constructive potential would mean renovating and converting the existing structure.
The solution was to reorganize internal spaces and façades from the original building, suiting them to the commercial use. The transformation, albeit deep, retained the informal and relaxed mood from the “past” as a residence, where products may be displayed and arranged as if, in fact, in a house. The alternation of higher and lower ceiling heights and the existence of mezzanines set a different scale to each room, turning the combination of volumes into a grouping of juxtaposed prisms of various proportions.
Finally, two other important ideas: that the garden were always visible from within the store, and that the decorated rooms were always visible from the outside. The solution was to “tear” the lower section of all volumes open (except those housing the service areas), and install an uninterrupted strip of glass around the whole perimeter, as to provide the desired transparency. We chose to clad the upper section with cement plaques on the outside and wooden planks on the inside.
The integration between interior and exterior is complete, and the “blank” volumes seem to float over the lounges, amidst a lush garden.