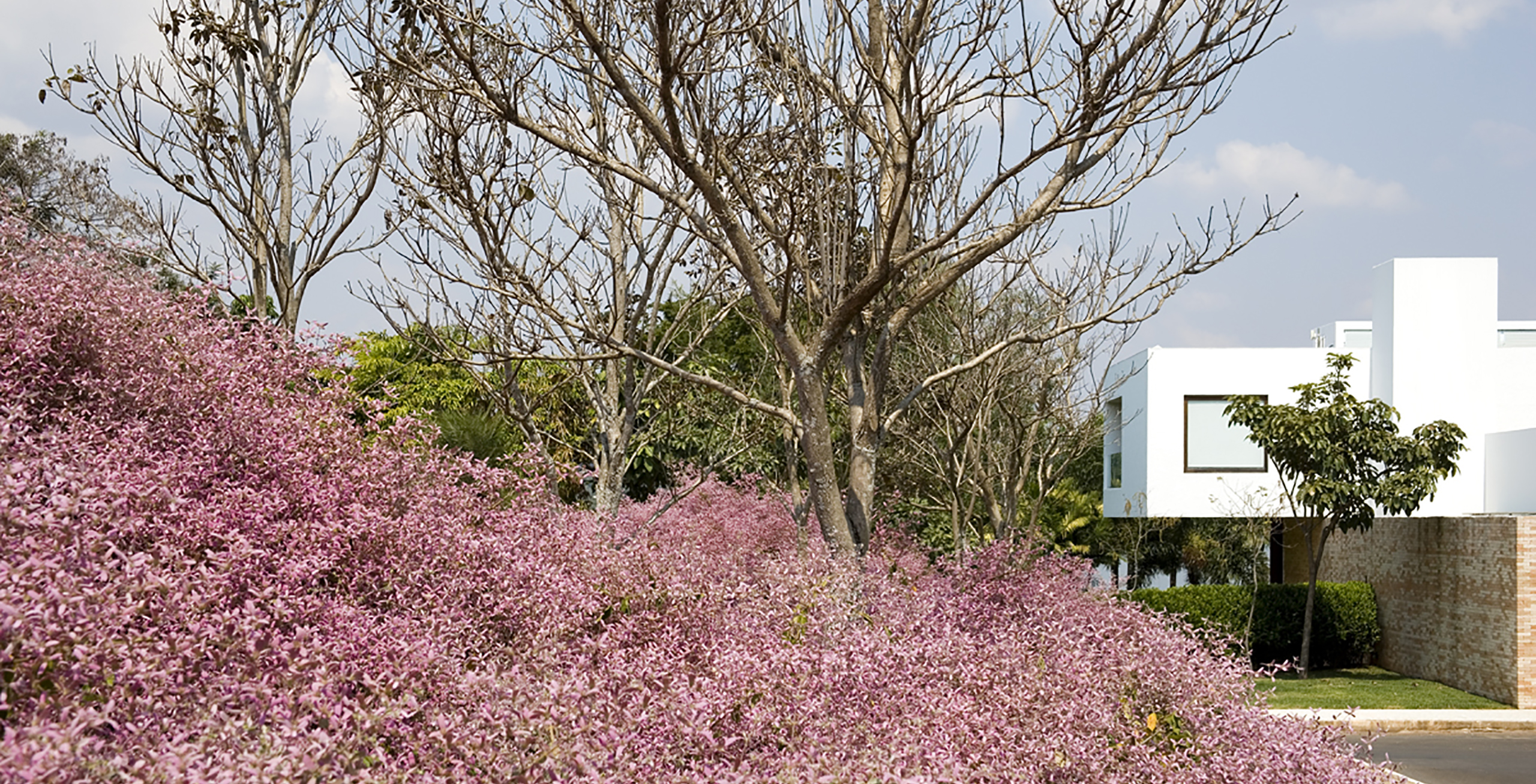 Brasilia House is located in Brazil’s capital, and is named after that city.
Built on a 4,110 m2 lot on the banks of Lake Paranoá, the house was placed close to the street, leaving a large garden in the back.
It is essentially organized into two levels – ground floor (entertaining and service areas) and first floor (bedrooms). On the ground floor, the social areas feature double-height ceilings, and the service areas, regular-height, making space to “fit” in an intermediate level to house the servants’ quarters.
The region’s climate conditions (high temperatures and low relative humidity) played a key role in deciding for a great integration between the indoors and the outdoors, and for the creation of several outdoors areas for interaction – in the open or shaded – such as the inner court, the terrace next to the living room, the long raised deck leading to the lake, and also a meal area fitted with a firewood stove and a barbecue grill.
Likewise, the bedrooms open entirely onto a long common balcony, overlooking the garden and the lake.