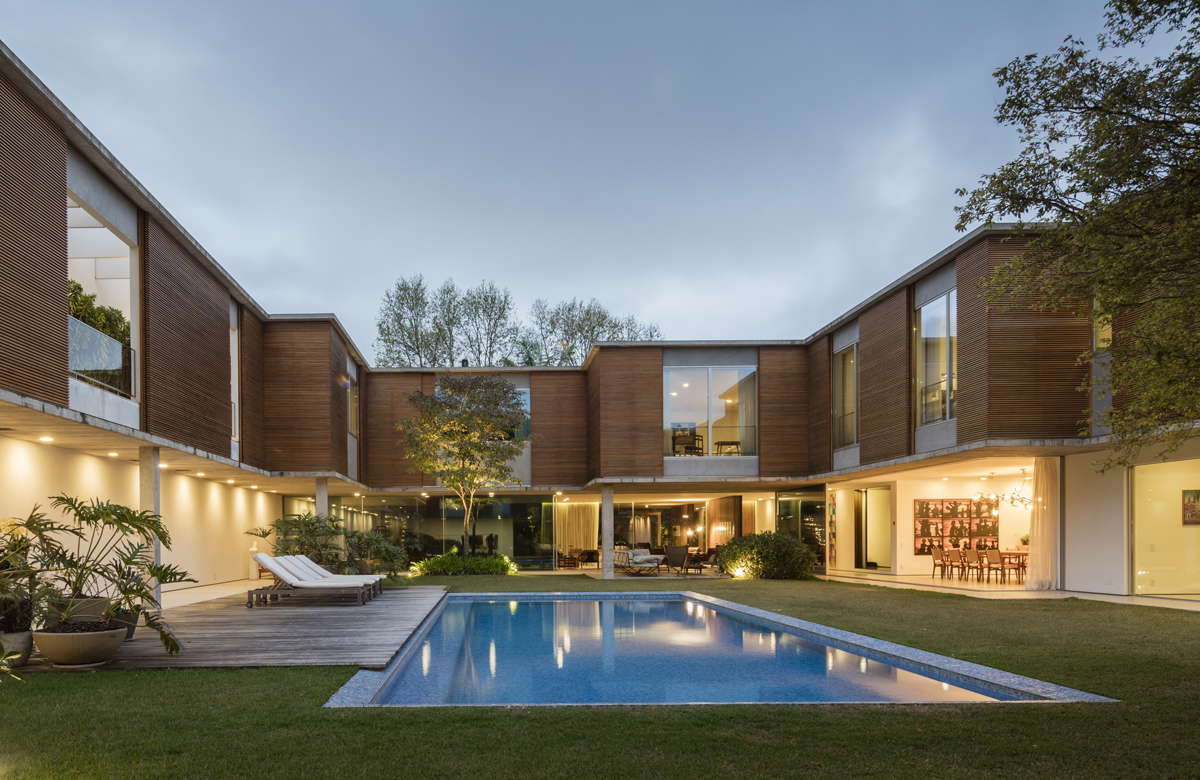 Casa Atrium is located on a rectangular and flat lot, which cuts through the block transversally from one street to the next, in a residential area of São Paulo.
In addition to the client’s (extensive) program, two factors were decisive in defining the set-out of the house and how the spaces would be organized.
The first was the existence of a tree the clients wanted to preserve. The second, a norm from the Zoning Text in force, allowing for the occupation of the across its whole width.
Therefore, from the limits defined by the setbacks and the side boundaries of the lot, we defined the so-called lot coverage area. Instead of occupying it fully, nonetheless, we chose to distribute the program in narrow strips along its perimeter, as to leave a generous garden in the center – actually, a garden with a jagged contour, resulting from the greater or lesser projection of those strips, according to the need/rooms contained therein.
The upper floor, not by coincidence, follows exactly the same contour as the garden along its internal perimeter, accentuating the irregular shape of the inner court. The façades facing that court, by the way, feature louvered sliding doors combined to fixed louvered panels covering their whole extension, thus creating alternating surfaces and hollows when the doors are open, or an uniform and continuous louvered surface, when closed. In contrast to that dynamism, the wall seen from either street – front or rear – is completely blind. As a matter of fact, not just blind, but also silent, as it won’t give away or anticipate any detail about the house, either. It is necessary to cross its threshold to discover it and realize, almost in amazement, that is possible to traverse it from front to rear through rooms, verandas and gardens, whitout any obstruction.